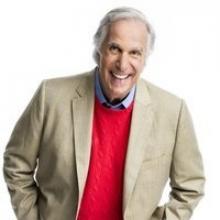 Henry Winkler will be in conversation about his life and work.

Henry Winkler has enjoyed over four decades of success in Hollywood and continues to be in demand as an actor, producer and director.

A 1973 audition in Los Angeles forever changed the life of the Yale School of Drama  graduate when producer Garry Marshall and Tom Miller cast Winkler in the iconic role of Arthur  Fonzarelli, aka “The Fonz,” in the TV series Happy Days. During his 10 years on the popular sitcom,  he won two Golden Globe Awards, was nominated three times for an Emmy Award and was  also honored with a star on the Hollywood Walk of Fame. Both Fonzie’s famous leather jacket  and his lunch box have resided in the Smithsonian Institute since 1980.

On the big screen, Winkler starred in Night Shift, Here Comes the Boom, The Waterboy,  Click, The Lords of Flatbush, Heroes, Holes, and Scream. Behind the scenes he has also made his mark as a producer and director. Winkler has  executive produced or produced TV series and specials for 19 years, including MacGyver, So  Weird, Mr. Sunshine, Sightings, A Family Again, All Kids Do It, (which won him a Daytime Emmy  Award), Ryan’s Four, Scandal Sheet, and the ABC documentary Who Are the DeBolts and  Where Did They Get 19 Kids?, which won the prestigious Humanitas Prize.

Order copies of Henry Winkler's books from us here.