Writers LIVE! Ty McCormick, Beyond the Sand and Sea 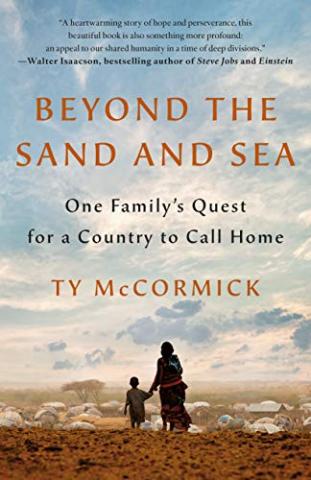 Ty McCormick will be in conversation about his work and new book, Beyond the Sand and Sea: One Family's Quest for a Country to Call Home.

Beyond the Sand and Sea is an extraordinary and inspiring book for anyone searching for pinpricks of light in the darkness. Meticulously reported over three years, it reveals the strength of a family of Somali refugees who never lost faith in America—and exposes the broken refugee resettlement system that kept that family trapped for more than two decades and has turned millions into permanent exiles.

Ty McCormick is a senior editor at Foreign Affairs and a former foreign correspondent who has written for The New York Times, The Washington Post, Newsweek, and National Geographic. From 2015 to 2018, he was based in Nairobi, Kenya, as Africa editor of Foreign Policy, where he led a team of writers that won a Robert F. Kennedy Journalism Award for a series on African migration. He has reported from more than a dozen countries in Africa and the Middle East.